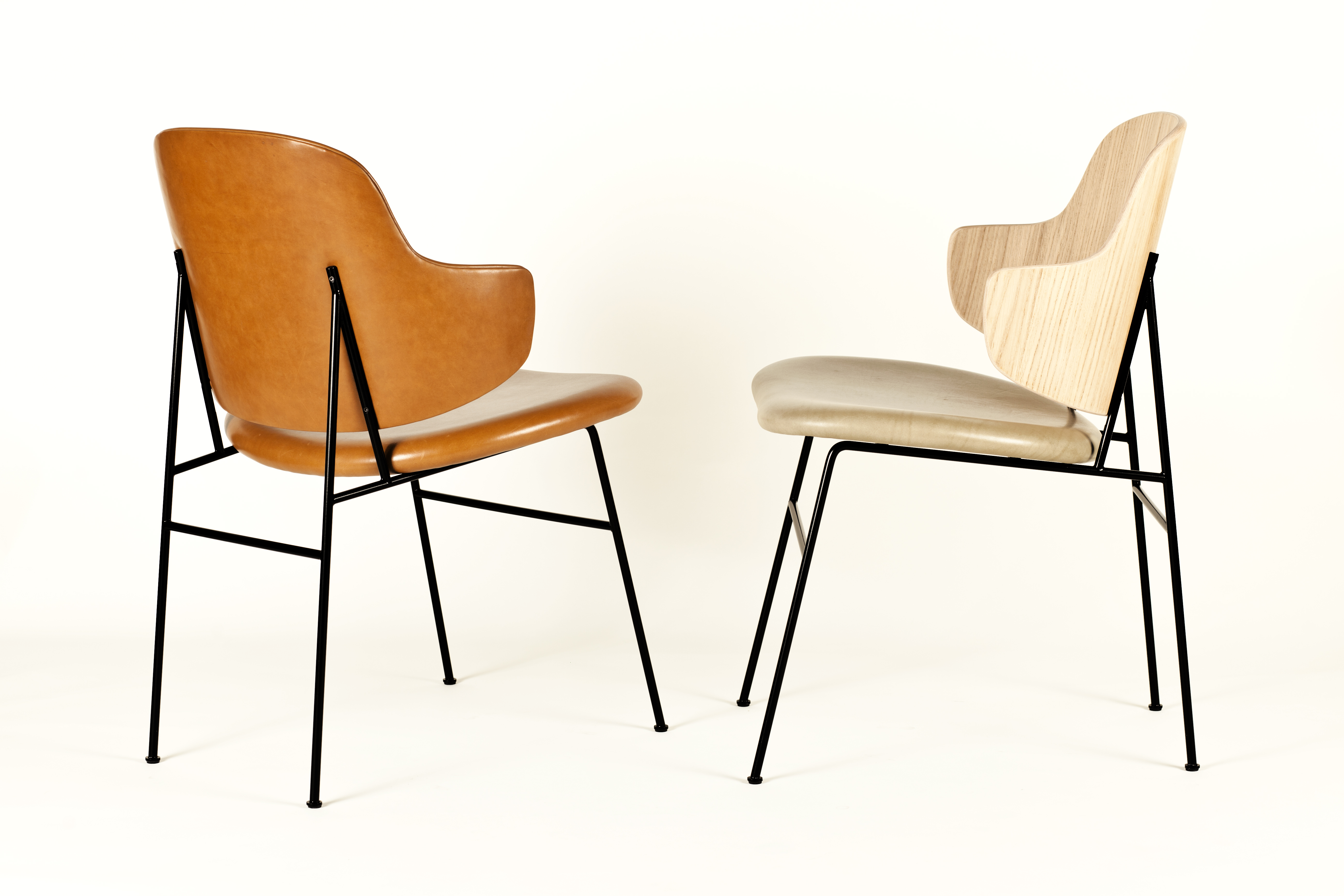 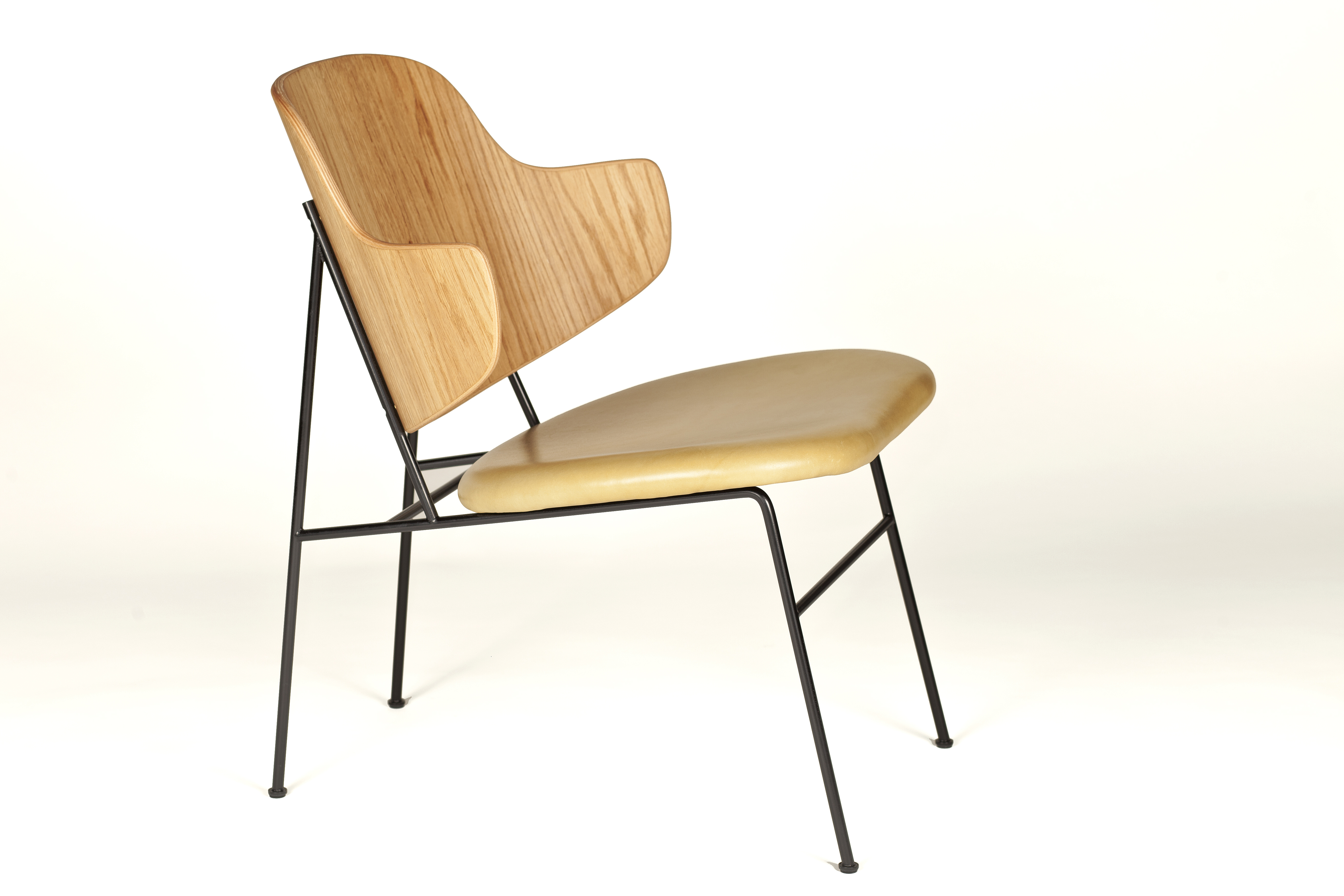 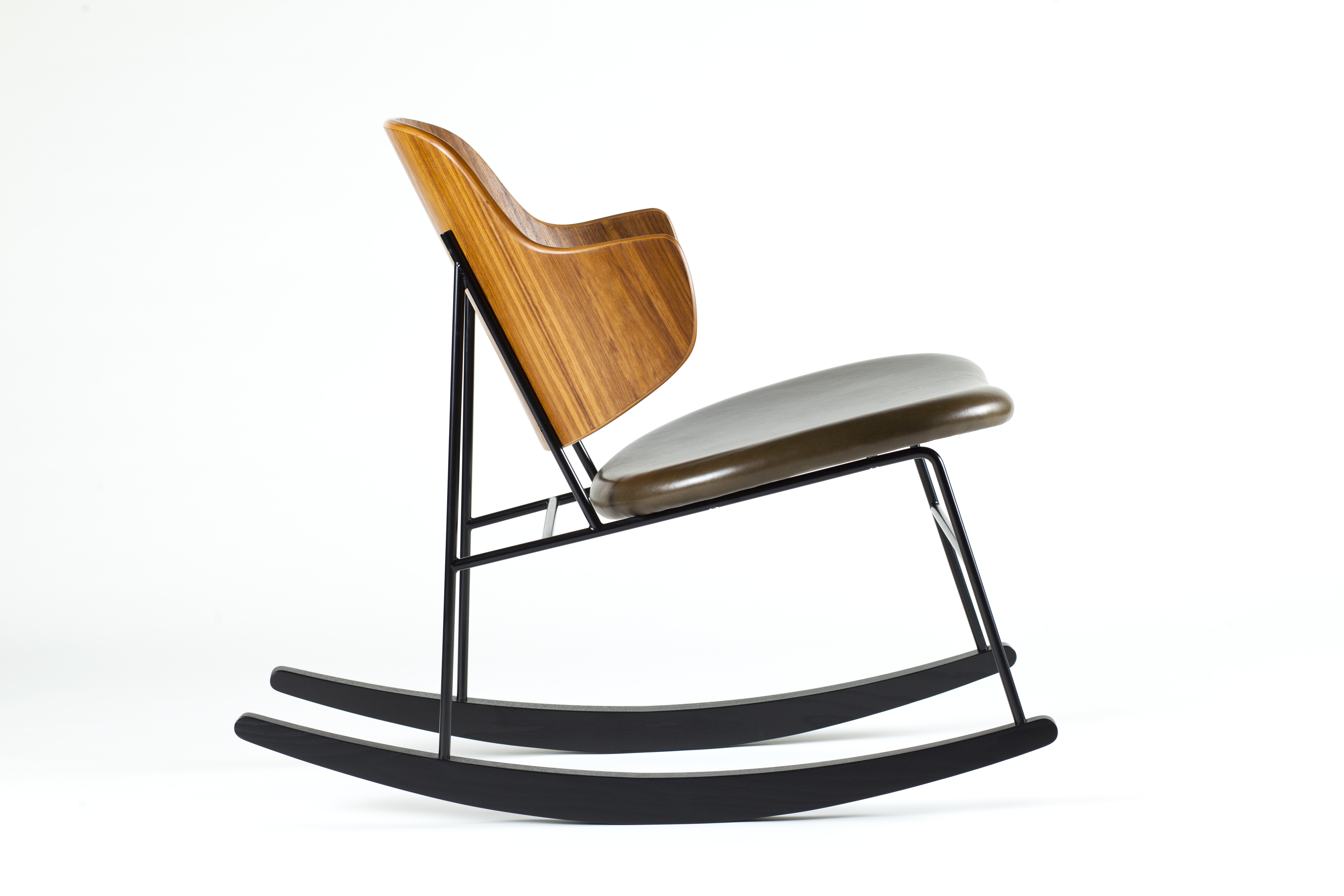 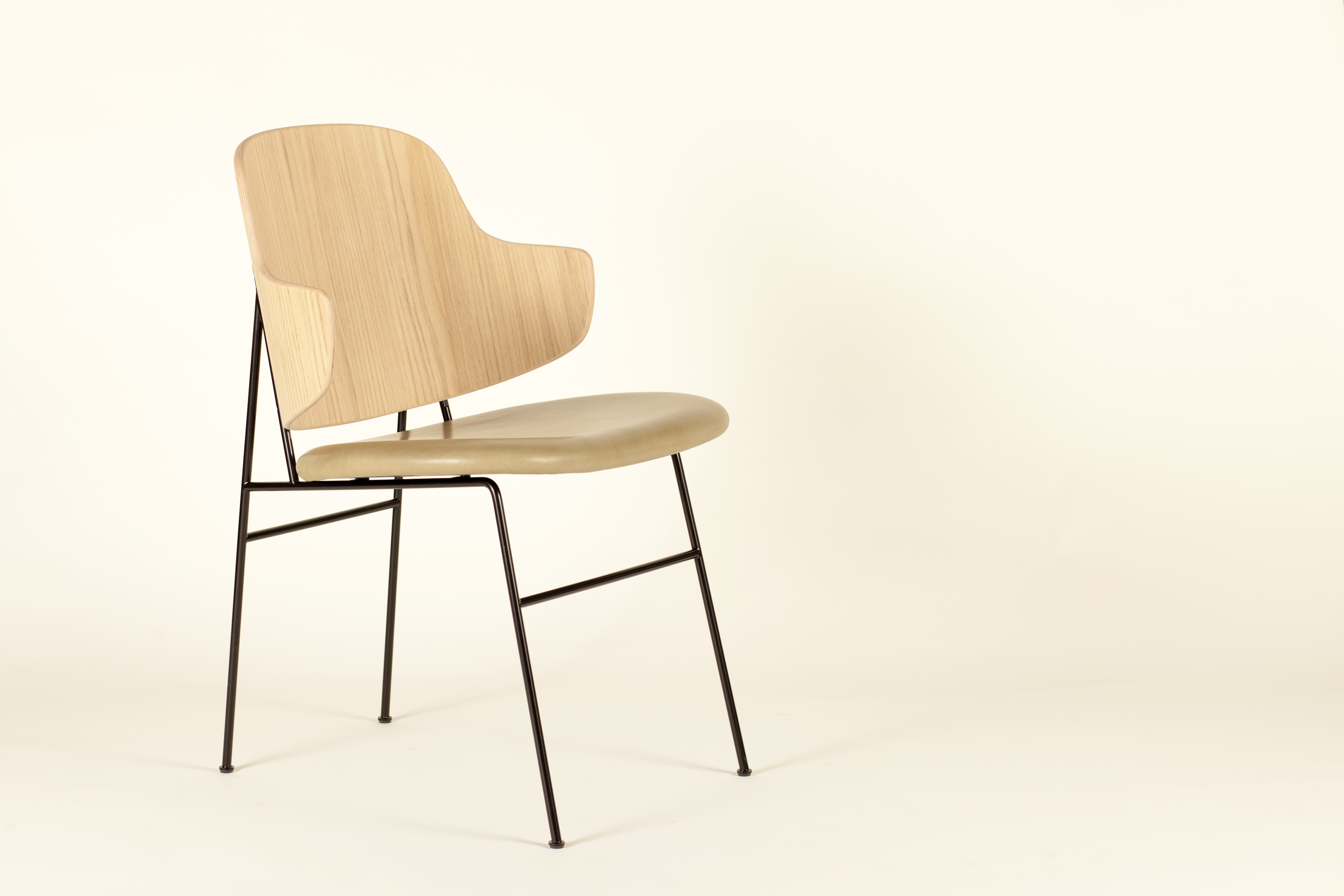 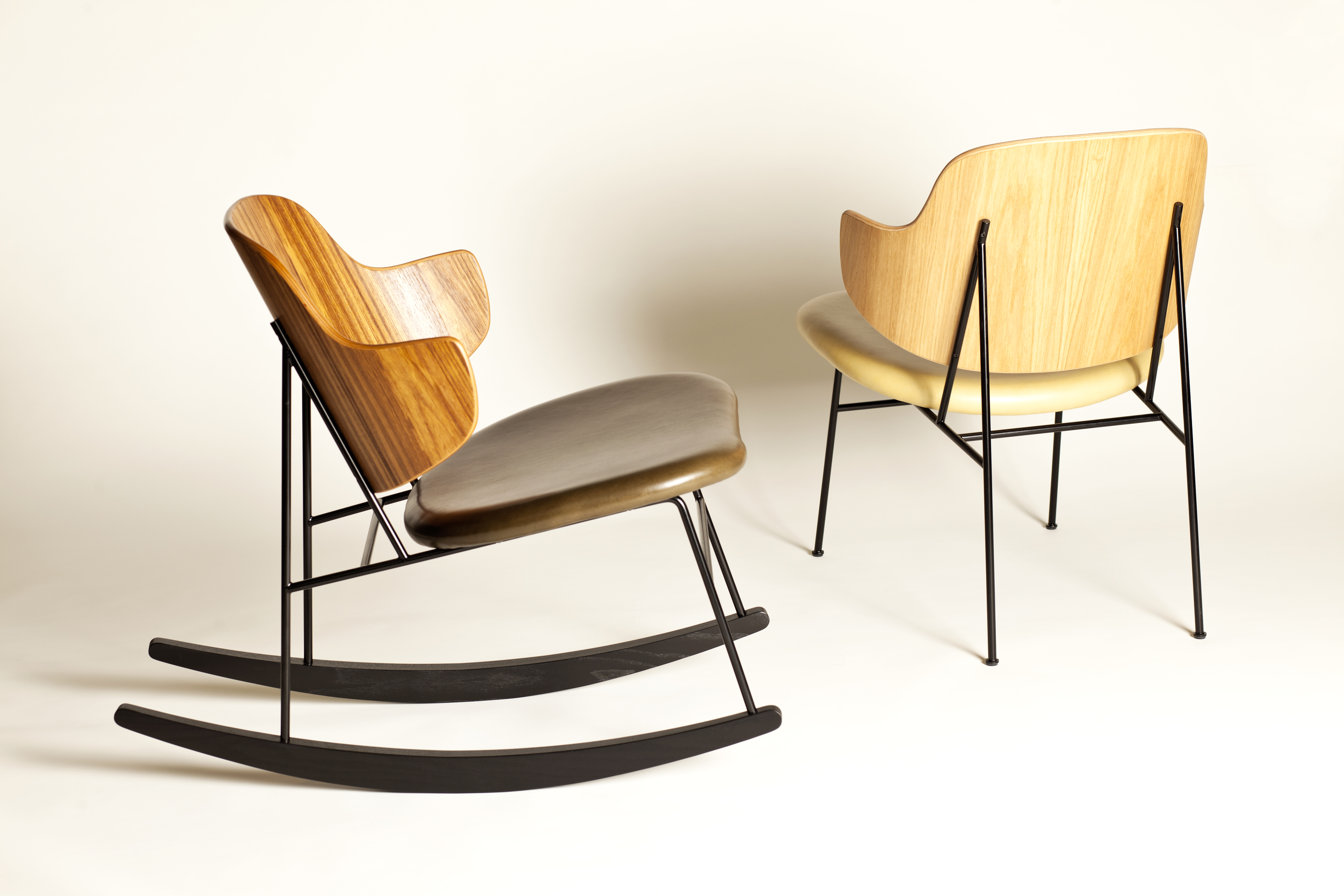 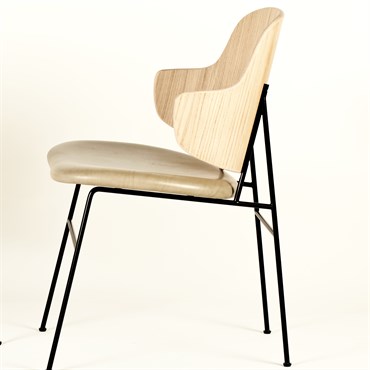 In the United States during the 1950s this series of chairs by furniture designer Ib Kofod-Larsen sold more than its more known Danish cousins. The light and modern chairs were successfully launched in 1953 by the U.S. furniture company Selig and in the following years Selig imported and sold thousands of copies on the U.S. market.

The Penguin series has now been taken into production by Brdr. Petersen and it includes a dining chair, a low lounge chair and a rocking chair. All models feature back with veneer in oak, walnut or teak optionally available fully upholstered.

The seats are upholstered in fabric or leather. The rocking chair has rockers in solid Ash, natural or black stained.