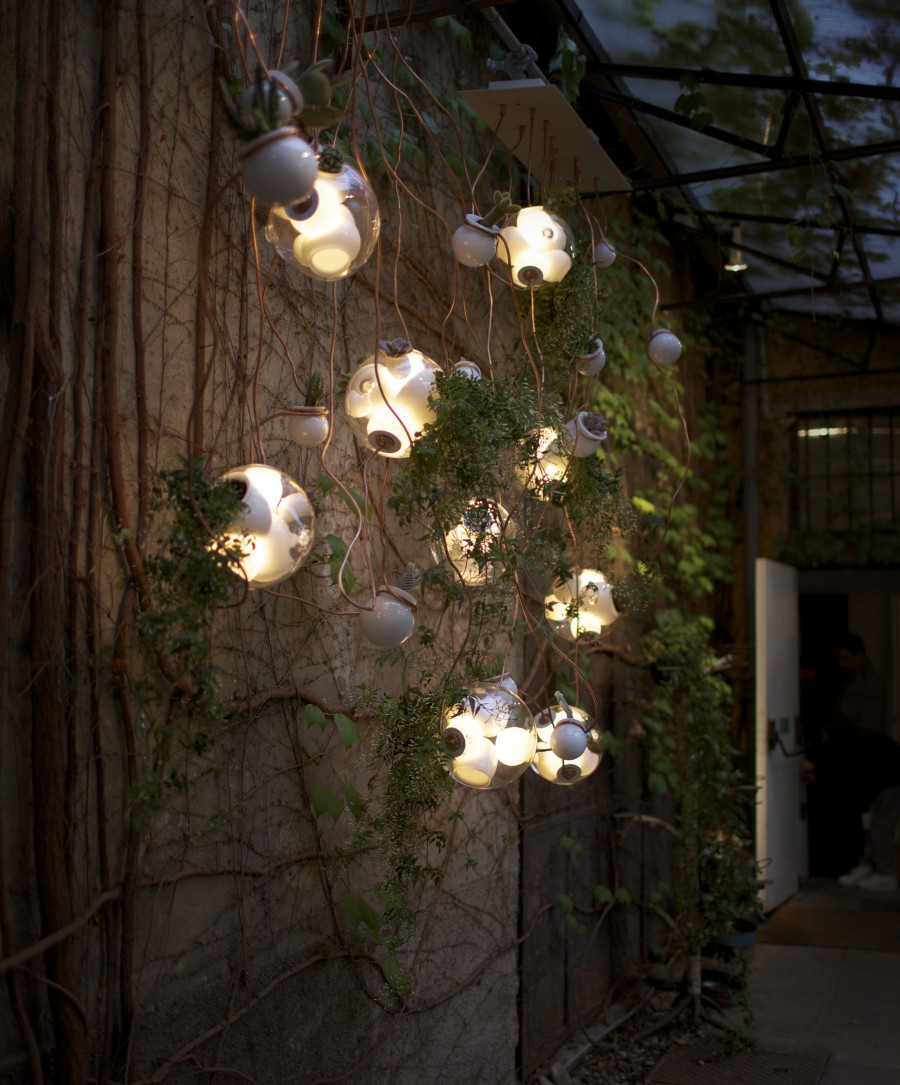 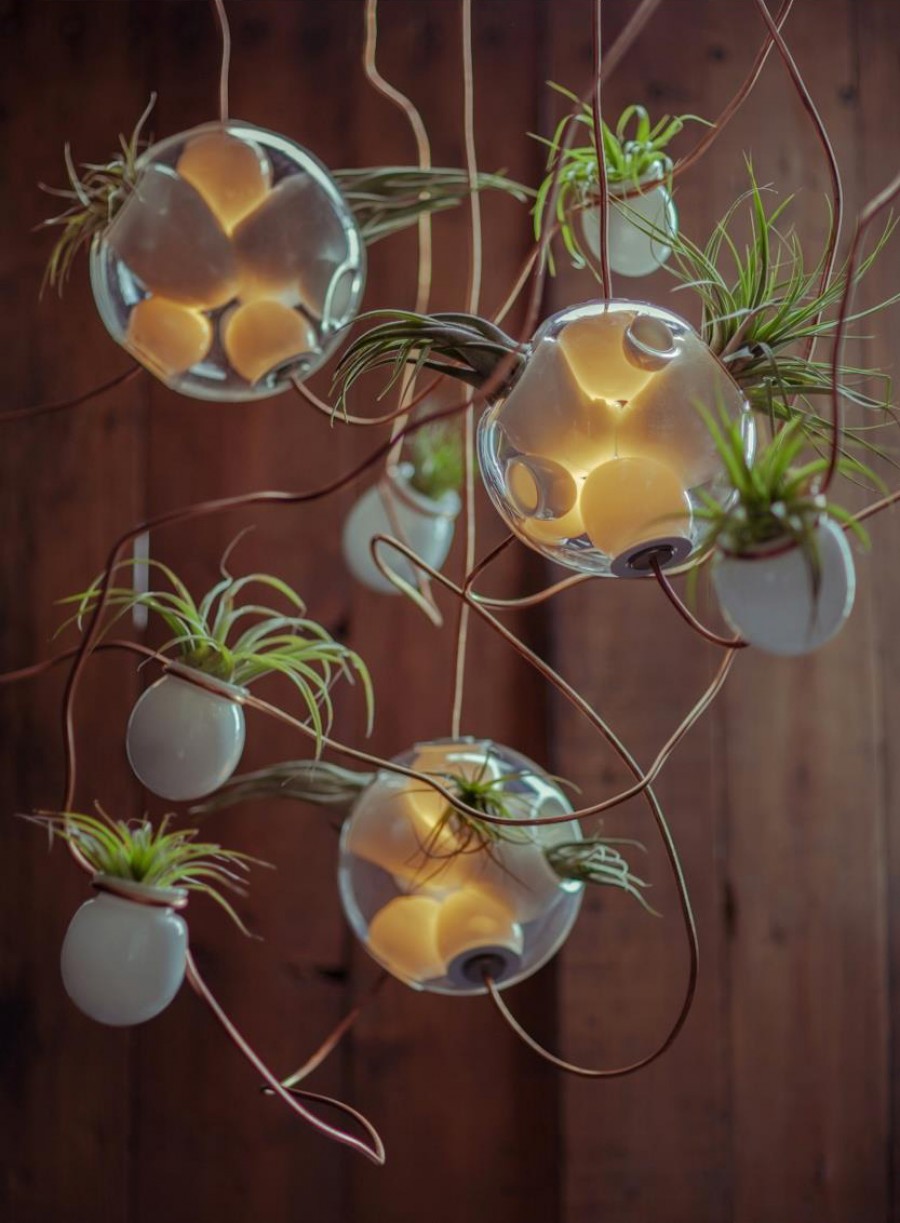 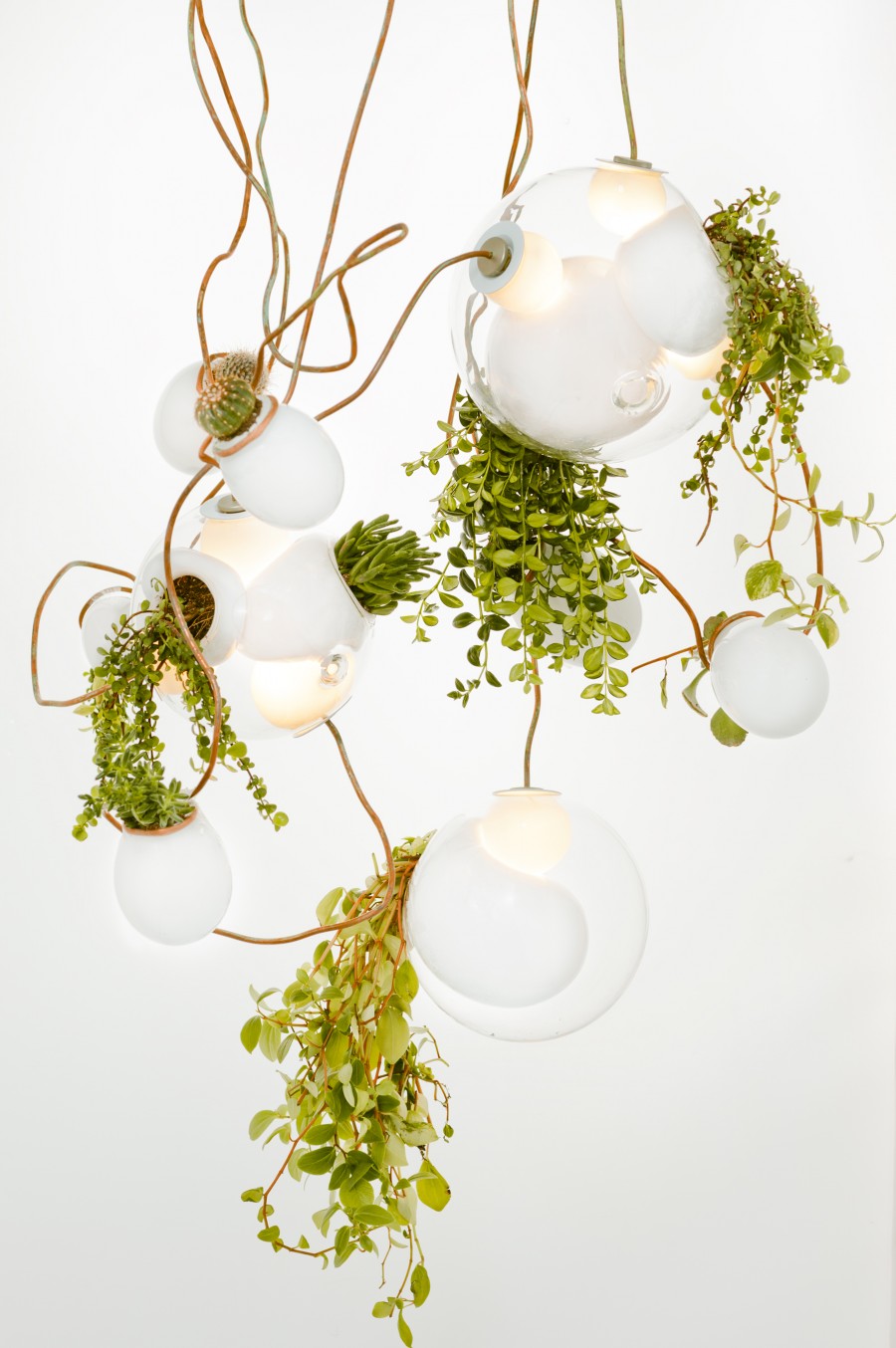 38 is a surrealistically motivated re-exploration of a technique of making originally developed for a previous project called 28, whereby air is pushed in and out of glass that is intermittently heated and cooled.  In the case of this project, the technique is stretched to the limits of possibility.  Large glass spheres are blown, and then a multitude of white cavities are introduced into them haphazardly, intentionally intersecting and colliding with each other.  Several of these are deep enough to contain earth and succulent and cacti plantings.  Others are used as housings for lighting elements.  There are two or three lighting elements per large sphere, and one or two planters.  Electricity and suspension are achieved using stiff copper tubing, which is allowed to tangle and crinkle, seemingly without regard for gravity. Once in a while, these copper tubes loop around satellite white planters, appearing to have escaped from the confines of the lit clear glass spheres.